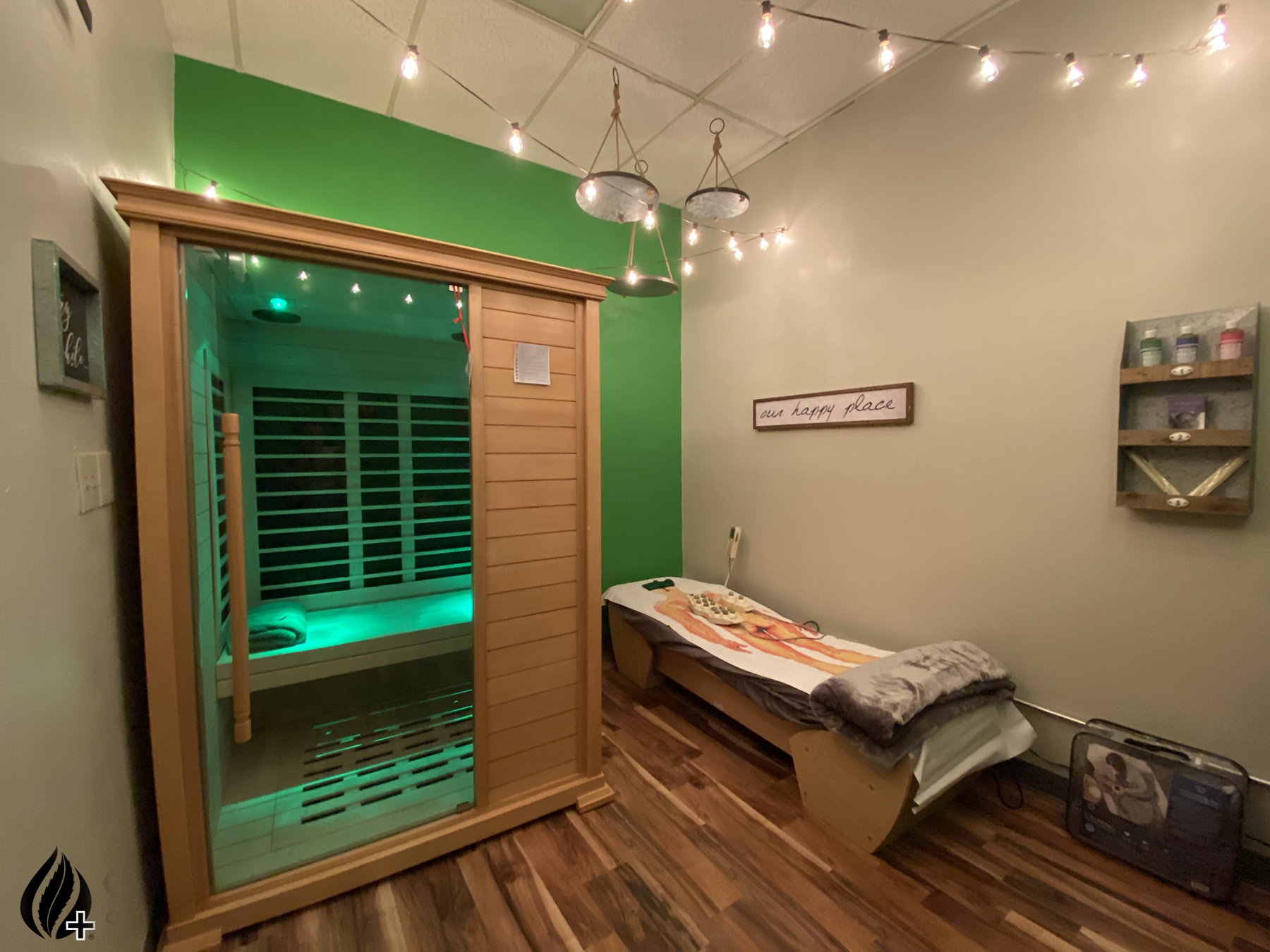 Everything we do is based on our belief that people have the right to be healthy. We believe wellness is more than physical and does not start with a prescription. We challenge the wellness status quo by offering services that make you feel like a million dollars by relieving pain naturally with options that are easy to use to elevate ones health. We offer wellness solutions to change your life.

About the Green Room

There's a reason we call it our happy place. Our Green Rooms are your place to get away from the world and pamper your body and mind. Relax, rejuvenate and re-energize when you spend time in our chromotherapy sauna or time on our Migun bed. Enjoy technology engineered by scientists and doctors, once only reserved for astronauts and now FDA cleared for most anyone. We have non-invasive treatments for many things that ail you. Below you will find a description of each of our services and remedies. If you have further questions, don't hestitate to reach out to us. Give us a call or email us.

What is Far Infrared? Have you ever stepped out in to the sunlight and felt the sun's warmth come over you? That lovely feeling is Far Infrared energy. The opposite, healing end of the electromagnetic spectrum from the harmful ultraviolet energy. Our eyes detect the middle portion otherwise known as the visible light spectrum, or white light. This breaks down even further in to individual colors, which is exactly what happens when water in the air acts as a prism and scatters the rays, creating a rainbow! Ultraviolet damage is what we call sunburn and over time, causes cancer by penetrating so deeply, it actually damages our DNA. But at the opposite end is Infrared. This is also the same energy that plants use to photosynthesize their own energy and we can use it too!

Technology has come a long way and has made it now so that we may absorb and receive the healing power of Far Infrared (FIR) without having to sit outside in the sun and also absorb the harmful ultraviolet rays. FIR Saunas provide warm, dry heat and far infrared rays to help you sweat out toxins, boost metabolism and lose fat, improve cardiovascular health, boost your immune system, enjoy a passive cardio workout, heal wounds and reduce scarring, slow down and reverse aging, improved workouts through faster muscle repair, relieve deep tissue aches and joint pains, improve rest and reduce stress. It can also help relieve the symptoms of Chronic Fatigue Syndrome and other chronic ailments by reducing inflammation and improving over all well being and quality of life.

Different colors of light also have various affects on the body. For example, red light helps rejuvenate the skin and therefore helps with fine lines and wrinkles. Blue light has natural anti-microbial properties making it great for acne and is used by dermatologists and aestheticians the world over. Green is great for detoxifying the blood. Chromotherapy is also great for treating the winter blues, or seasonal dysphoric disorder. When the days are short come relax in our sauna for some healing light. Our sauna can provide many levels of chromotherapy, or colored light therapy. Or you may turn this feature off.

Did you know? As a natural body, you are constantly being bombarded by all forms of radiation from your environment. Your body absorbs these radiations and then emits them back out in to the environment. By using this energy in a controlled and trained way, people for centuries have been healing with the laying of hands, known today as Reiki. You can feel this energy in your own palms emitted as heat. 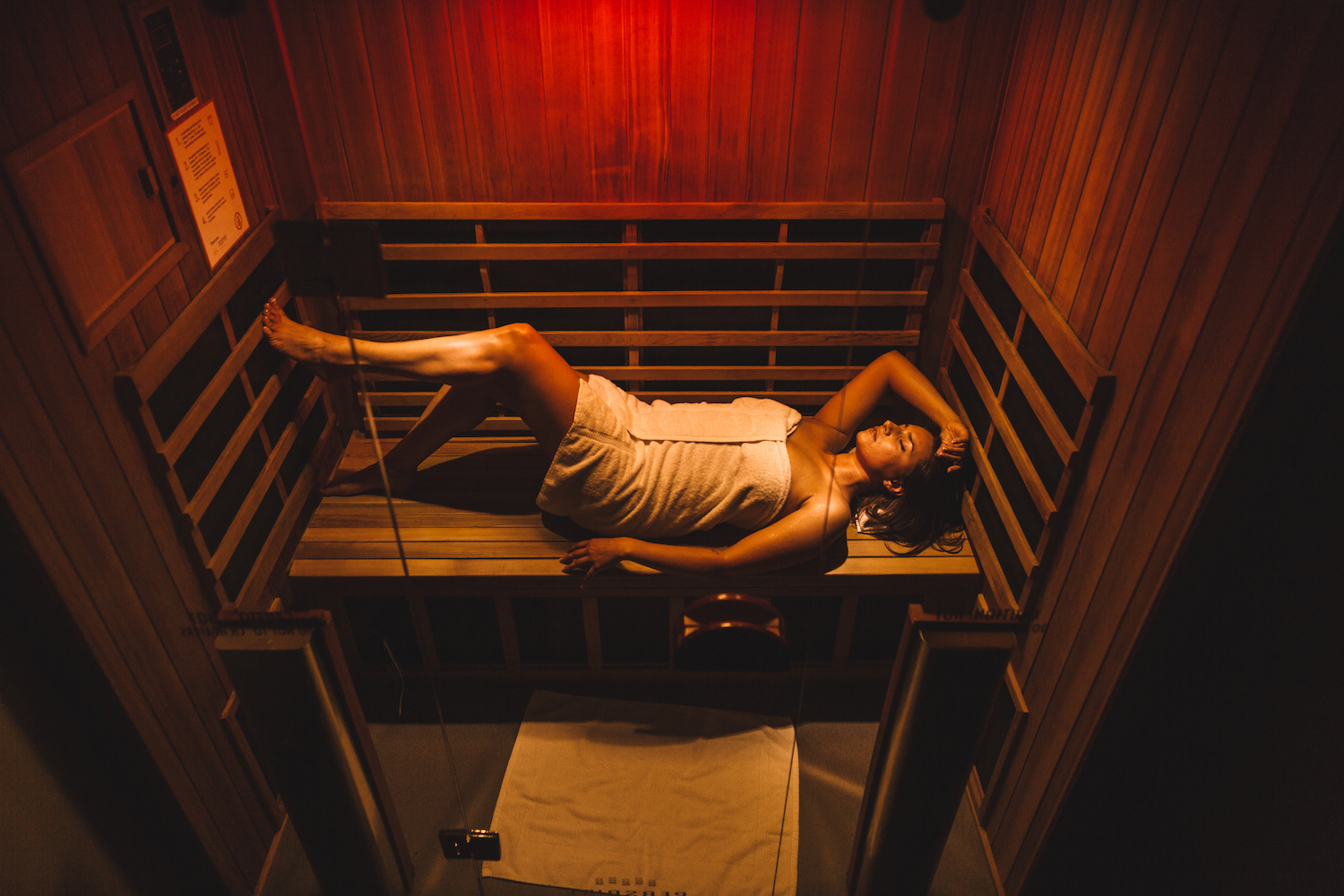 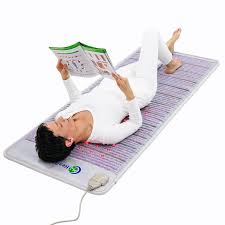 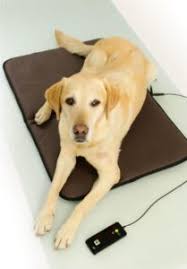 Some of the basic actions of a cell are to generate energy to eliminate waste, to repair and regenerate itself, and perform its predetermined functions based on the cell’s type and location in the body. Magnetic fields from PEMF cause or increase motion of ions and electrolytes, especially calcium, sodium, potassium, and magnesium, in the tissues and fluids of the body. It’s both easy and quick to move an ion or electrolyte in a living organism using magnetic fields. This movement stimulates a vast array of chemical and electric actions in the tissues of the body, helping them to rebalance or heal themselves where necessary.

Magnetic fields from PEMF also affect the charge of the cell membrane, which allows membrane channels to open up. These channels are like the doors and windows of a house. By opening cell channels, nutrients are better able to enter the cell, and waste is more easily eliminated from the cell. This helps to rebalance and restore optimum cell function. If you restore enough cells, they will all work more efficiently. Cells of the same type come together to make tissues, and those tissues come together to make organs. So, by restoring or maintaining cellular function, you will, in turn, restore or maintain organ function, allowing the entire body to function better.We all know that the body ages over time. Maintaining the function of every individual cell at an optimal level every day is an important part of slowing aging. It's good for our animal friends too!

PEMF therapy was approved by the FDA in 1979 specifically for the healing of nonunion fractures, which came after a Columbia University study that was encouraged by NASA, and has recently gained attention in the U.S. The value of pulsed electromagnetic field therapy has been shown to cover a wide range of conditions, with well documented trials carried out by hospitals, rheumatologists, physiotherapists, and neurologists.

Did you Know? PEMF therapy actually originated from NASA’s research involving the benefits of pulsed electromagnetic fields on astronauts for fatigue, depression, bone loss and other symptoms following even short trips to outer space. Scientists discovered that the cause was due to astronauts being without this beneficial natural field emanating from our Earth.

What is Migun Massage Therapy?

Acupressure: Stimulates pressure points along each side of the spine, helps reduce muscle tension, improves circulation, stimulates endorphins, which are natural pain relievers.

Migun Therapy combines massage and acupressure with far infrared heat, reaching up to 140F. This deep heat will start a detoxification process in your body that reqiures water to help flush out the toxins that have been trapped in your tissues. Adequate rehydration will help speed up the deification and healing process so be sure to drink plenty of water after your session.

Did vou know? Originally designed by a doctor for his wife, Migun Therapy is based on the idea of combining Eastern wellness concepts with Western technology. 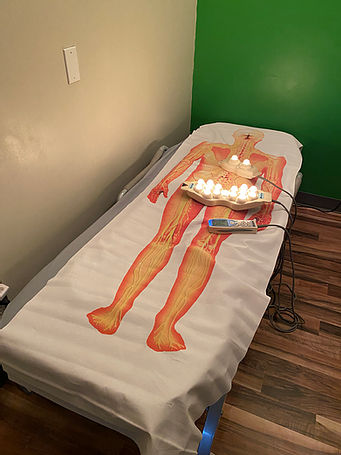 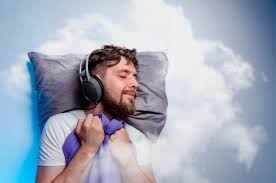 Harness the power of sound with Quanta Insight Biofeedback. By sampling your voice, our software reads the energy frequencies of your body to find where you are lacking or over compensating.

The software then evaluates the frequencies and creates a harmonic medicine for you to listen to to balance the many frequencies and energies within your body to bring about balance and therefore health.

These frequency medicines are good for 10 days and will naturally expire after this time. At this time, a new scan is performed to see any improvements and where work is still required.

What is your body telling you? These scans take roughly only 20 minutes and produce a 17-25 page detailed report on what’s going on within your unique body. This technology uses bio communication principles that provide deeper insight when making decisions related to health and wellness.

Our scan is a highly accurate and dynamic wellness screening tool. The software provides easy-to-understand reports of top biologically coherent products and biomarker data to assist you and your clinicians in making more informed health decisions.

Conducting a baseline scan and then continuing with further scans helps you track the changes you're making and see if they are helping. Your results will also be emailed to you so that you may keep them as well as take them to your healthcare practitioner.

We have many scans to help pinpoint your health. Our general wellness scan is ideal for discovering your proper water pH and getting a basic baseline of thousands of functions in your body. This scan is best repeated every 3 to 4 months and is excellent for maintenance. Prebook and pay and save on subsequent general wellness scans and your alkaline water! We also have more in-depth scans to discover more powerful knowledge about specific areas of your body. We currently offer scans on digestive health and immunity. See pricing tab for more information.

Did you know? GSR technology has been in use for decades. You'll recogonize its application in lie detector testing. 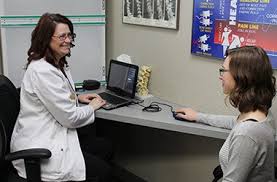 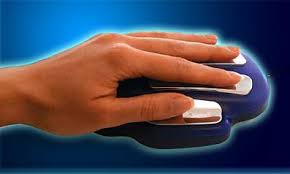 We offer not just services, but remedies as well, like ear coning, acne & wrinkle treatments as well as Alkaline water by the gallon. Click here to learn more about each remedy.