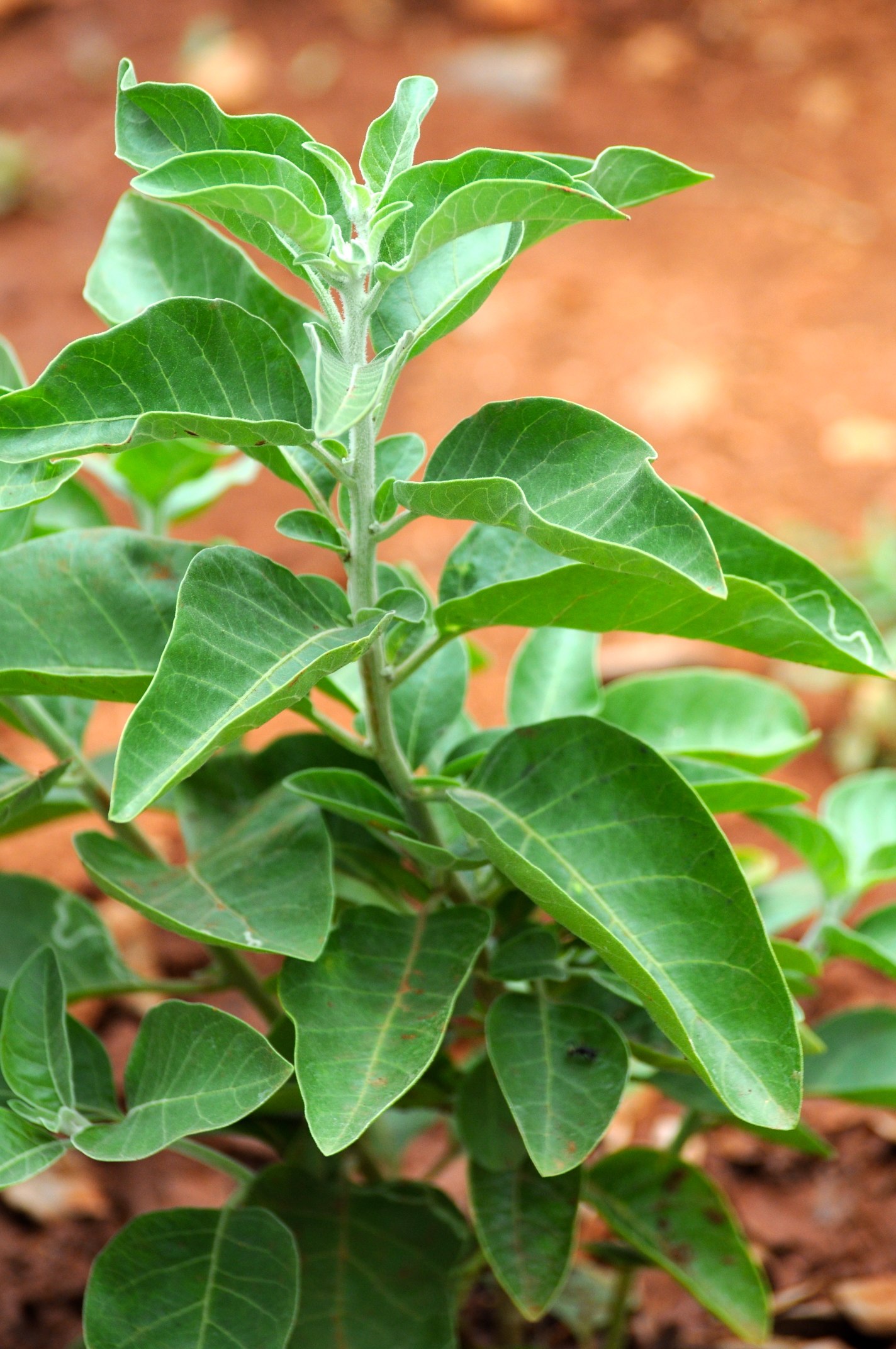 Ashwagandha: What Is It and What Are Its Health Benefits?
People have been using medicinal plants since the Paleolithic age, approximately 60,000 years ago  according to archaeological evidence. Written evidence also suggested using herbal remedies dating back to over 5,000 years by the Sumerians, who compiled lists of plants.

Indians also have a system of  Ayurvedic medicine based on ancient writings that rely on a natural and holistic approach to physical and mental health. The ayurvedic treatment combines products mainly derived from plants, but may also include animal, metal, and minerals, along with diet, exercise, and overall lifestyle.

One of the most widely used herbs in Indian ayurvedic medicine is Ashwagandha which is primarily used as “Rasayana” or tonic. This herb is known to offer health benefits and is gaining attention. Let’s dive in if Ashwagandha really lives up to the hype based on current scientific evidence.

Ashwagandha is an evergreen shrub with the scientific name Withania somnifera, from the family of Solanaceae and is more commonly known as “Indian Winter Cherry” or “Indian Ginseng.”

Ashwagandha is a plant that has a bitter, astringent taste. It requires a lot of attention to grow well. To grow it properly, it should be planted in full sun. It can also be propagated from cuttings or seeds, and a little bit of care will go a long way.

The herb is found in different forms and is also used for a wide range of health conditions due to its unique medicinal properties. It has been used to treat many ailments, including arthritis, stress, and constipation. In addition to boosting the immune system, it is also effective in improving memory and sleep.

Where did ashwagandha come from?
Ashwagandha is an evergreen shrub that is grown in Africa and Asia, most specifically in India and parts of the Middle East. It has a long history of use in traditional medicine which spans thousands of years. People have been using the roots and orange-red fruits of ashwagandha for medicinal purposes since then.

Benefits and Uses of Ashwagandha
As already mentioned, ashwagandha has been used for thousands of years for its therapeutic benefits. Here are the known health benefits of ashwagandha with clinical studies.

Ashwagandha May Increase Testosterone Levels
Ashwagandha is a herb that is considered adaptogenic. Studies have shown that it can increase testosterone and strength in men and women. It is also effective in lowering C-reactive protein levels. It is usually mixed with milk or honey and has a bitter taste. Although it has an astringent taste, ashwagandha is said to support various bodily systems, including reproductive and immune systems.

Ashwagandha May Increase Muscle Mass
In animal studies, ashwagandha has been linked to a mild increase in HDL cholesterol levels. It has been associated with a significant increase in muscle mass and strength. It has also been found to improve the ability to exercise. It has been proven to improve testosterone and stamina in young men. In addition, it has been shown to help them sleep better at night, which is helpful for men suffering from depression.

Ashwagandha Root Extract May Enhance the Effects of other Medications
In recent years, a standardized extract of ashwagandha has been shown to enhance the effects of other medications, including the gastrointestinal system. Additionally, it can reduce the symptoms of anxiety and stress, and may also enhance the effects of chemotherapy. It has been used as an anti-inflammatory herb for over three thousand years. As a result, it is an excellent way to improve overall health and fight stress. However, it is not recommended for people with chronic conditions like diabetes and other medical problems.

Ashwagandha May Help Reduce Blood Pressure
Research conducted by the USDA suggests that ashwagandha can reduce blood pressure, increase sperm motility, and decrease the risk of cancer and other diseases. It has also been shown to significantly reduce levels of cortisol, a stress hormone that is associated with increased levels of oxidative stress. Moreover, ashwagandha increases antioxidant levels, which are linked to improved immunity and memory.

Ashwagandha May Help in Cellular Health
Unlike many other natural herbs, ashwagandha has several other benefits. A study concluded that it can reduce the effects of beta-amyloid, which causes cell damage. It can also lower the risk of cancer by increasing the sensitivity of the immune system. It can lower high cholesterol levels. Further, it can decrease levels of insulin in diabetic patients. The herb has a very rich history in Ayurvedic medicine.

In addition to its anti-inflammatory effects, ashwagandha has also been proven to improve blood sugar levels. A study from the University of California, Berkeley, concluded that ashwagandha decreased the risk of aging and decreased the risk of cardiovascular disease. It has been proven to lower blood sugar levels and decrease symptoms in people with diabetes.

Ashwagandha May Increase Fertility
While ashwagandha has several benefits, the herb is also widely used in herbal medicine. It can improve fertility in men and women, and it can be consumed in a variety of forms. In a recent study, a small number of women with low libido reported a higher number of orgasms and increased lubrication. It has also been shown to be helpful for women with low libido.

Ashwagandha May Help with Anxiety
A number of studies suggest that it has anti-anxiety or anxiolytic effects; studies are mostly supportive of a notable effect of ashwagandha for this purpose, and it seems to reduce cortisol levels.

In a 60-day study in 64 people with chronic stress, those in the group that supplemented with ashwagandha reported a 69% reduction in anxiety and insomnia, on average, compared with 11% in the placebo group.

However, more research is needed before we can have a great deal of confidence in it or know the optimal dose.

Other Benefits of Ashwagandha
Besides its potential in treating breast cancer, ashwagandha has also been used to treat many other health problems. Its ashwagandha root and leaves have been known to promote apoptosis, which helps to increase a patient's VO2 max.

In a study, ashwagandha helped improve sexual function in schizophrenia patients. In addition, ashwagandha has many other benefits. Its effects on Alzheimer's disease can be reversed by its symptomatology. The herb is believed to improve mood and improve concentration levels. When taken regularly, it is beneficial to all ages. If you're suffering from symptoms of the condition, it may improve your life.

What Are Ashwagandha's Side Effects And Drawbacks?
Ashwagandha can increase the levels of the hormone thyroxine, which can lead to heart failure and other health problems. The dosage for ashwagandha can vary, but it should not be abused. While there are no established dosage limits, it is generally safe for most people. There are several reported side effects, including mild drowsiness. In some cases, ashwagandha can cause diarrhea, abdominal pain, and increased blood sugar.

Ashwagandha can increase fertility and improve sex life, but it is not recommended for pregnant or breastfeeding women. It should also be avoided by people with autoimmune disorders. In addition to these benefits, ashwagandha can be harmful to people with thyroid problems and may aggravate those conditions. Despite these side effects, ashwagandha has been proven to lower blood pressure and reduce the risk of developing high blood pressure. However, you should check with your doctor before starting ashwagandha supplements.

What Should You Look For In An Ashwagandha Supplement?
Ashwagandha comes in a variety of forms, such as gummies, capsules, liquid drops, and powders that you can mix into drinks. Regardless of the supplement’s form, the recommended dosing is usually up to 500mg twice a day.

Ingredients
There are a few factors to consider when selecting an ashwagandha supplement. The highest quality product will be organic, sourced from natural plants without the use of pesticides or fertilizers, and made with minimal fillers and binders. If you are concerned about the safety and the safety of the product, you can always check for third-party testing.

Moreover, the supplement itself should be gluten-free and free of artificial additives. As for the ingredients, you should look for a non-GMO and organic supplement. Another important factor is to know the actual ingredients used in the ashwagandha product.

Supplement Safety
When it comes to safety, it mostly depends on the quality of the supplements. Look for supplements that have been independently tested and verified by an outside company such as ConsumerLab, United States Pharmacopeia (USP), or National Sanitation Foundation International (NSF International).